BCCI steps forward, may be the return of women's cricket next month

Foul on the field in the fourth test! Warner given review after time out

Father revealed about Washington Sundar's troublesome innings, said - 'I am sorry for not living up to the promise'

Indian cricket team captain Ajinkya Rahane said on Wednesday that off-spinner Ravichandran Ashwin’s desire to learn new things and improved batting by all-rounder Ravindra Jadeja has benefited India a lot in the first two matches of the current Test series against Australia. Ashwin is now among the highest wicket-taker in the series with 10 wickets. Jadeja laid the foundation for the team’s victory by playing a century partnership with the captain, with a half-century inning in the second Test played in Melbourne.

Asked about Ashwin’s sharp bowling, Rahane said, “He always tries to learn new things. He has good skills but he always wants to learn new things and this is what makes Ashwin great. I hope he will continue that performance in the next two Tests as well. Rahane is impressed with the improvement in Ashwin’s bowling, so he is happy with Jadeja’s batting in the Test match, which reduces the balance needed for the team.

He said, ‘Ravindra Jadeja has improved a lot as a batsman and this is a very positive aspect as a team’s perspective. When you know that your seventh-order player can contribute with the bat, then it becomes easy for you to score a competitive score. Obviously he is also amazing in fielding, you must have seen him catching great catches. In such a situation, he helps us a lot by joining the team and he has been really fantastic. This is very good for us. 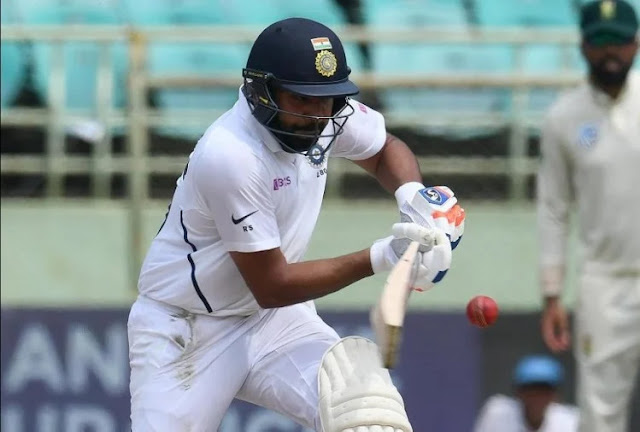 He said that he is happy with Rohit Sharma joining the final 11. Rahane said that Rohit, playing his first Test after 13 months, participated in the net (practice) session seven or eight times before the match. The captain said that Rohit will start the innings. He is batting really well in net sessions. He had a good seven-eight seasons. He came to Melbourne and started his practice as soon as our match was over.

Rahane indicated that the Sydney pitch would be helpful for batting. Looking at the history of Sydney, it is a very good wicket, a very good wicket, so all you have to do is play some good cricket. At the Sydney Cricket Ground, the spinners will be helped, so Rahane will not want to take any risk against Nathan Lyon. Yes, we have good spinners but Nathan Lyon is his quality spinner, who has done well here, so we don’t want to take anyone lightly.

This woman will become the first woman umpire of Test cricket, Sydney to witness

Cancel reply
We use cookies to ensure that we give you the best experience on our website. If you continue to use this site we will assume that you are happy with it.OkPrivacy policy